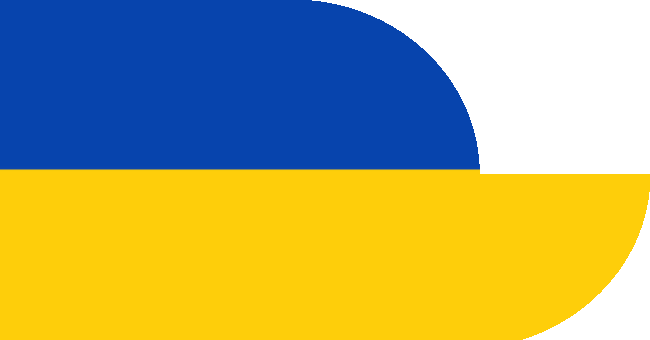 The agri-food innovation house ART21 takes care of the Ukrainian people who are now fighting for freedom of the whole Europe. A Lithuanian high-tech company is financially supporting Ukraine during the war and is ready to employ Ukrainians and cover their accommodation costs. In addition, after the war, the company will provide a package of strategically important high-tech services for over €1,000,000 to the objects of extreme importance to the Ukrainian economy. In this way, the company will contribute to the reconstruction and modernisation of the Ukrainian agricultural and food sector, as well as its supply chain.

Ready to recruit and accommodate Ukrainians

ART21 understands the situation of Ukrainians who were forced to leave their homes. Thus, it is ready to employ at least 20 war refugees from Ukraine under competitive market conditions and pay extra for the rent of their apartments in the capital city. ‘Today, Ukraine is fighting not only for itself but also for all of us against the Russian Federation, which is using unjustified aggression. I believe that we must support the Ukrainian people in all possible ways. As a socially responsible business, we want to contribute to providing care and dignified living conditions for people who were forced to leave their homes,’ said Augustas Alešiūnas, CEO of ART21.

It is important not only to help win this war but also to start thinking about how Lithuanian and Western businesses could help rebuild Ukraine’s infrastructure and economy after the war, as well as revive different sectors of the country. I urge all Lithuanian software development businesses to unite and, at the end of the war, digitise and modernise the war-torn Ukrainian business, state enterprises, as well as regional and central government systems immediately and free of charge. I also suggest that Lithuanian and European government officials think about targeted support for Ukraine’s post-war reconstruction not only in terms of money but also in terms of market technologies. Purchasing the necessary technologies directly from suppliers and later implementing them in Ukraine would eliminate the possibility of wasting funds,’ said an entrepreneur A. Alešiūnas who assisted Ukraine in the preparation and implementation of digitisation programs between 2012 and 2015.

Lithuanian innovator company ART21 is ready to take the initiative after the war and contribute to the modernisation of Ukraine’s strategic economic and infrastructure facilities, such as ports or major food warehouses, free of charge. They will be provided with the licenses of critical software AgroSmart. The company will also implement high-tech solutions in Ukraine for precision agriculture and food safety chains and authentication. The total value of this support will make over €1,000,000.

The support provided by the company will be particularly significant as agriculture is a critical part of the Ukrainian economy. 70% of the territory of this country is used for agricultural purposes, and the products grown in it are important for ensuring the satiety of the extremely poor people of Asian countries. Ukraine supplies 13% of all maize grown in the world, 12% of barley, and 8% of wheat. Also, it is the world’s largest producer of sunflower oil. According to international experts, the Russian invasion of Ukraine will severely affect food supply chains. This can exacerbate the problem of hunger in the world and worsen the security situation in poor countries, especially those where Ukrainian agricultural imports were particularly high.